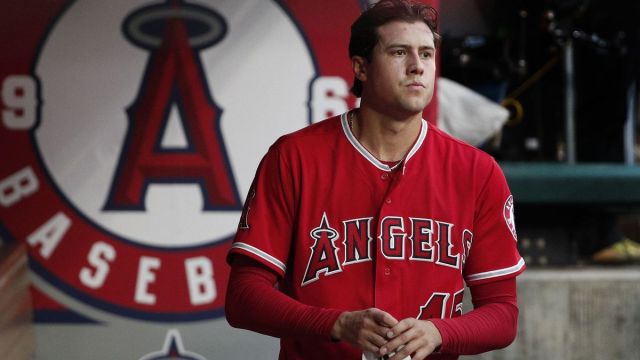 How does this happen? How does a 27-year-old healthy athlete just die overnight? Tyler Skaggs, starting pitcher for the Los Angeles Angels of Anaheim was found unresponsive in his hotel room in Texas yesterday morning. Nothing but questions remain. The police say no foul play or suicide is suspected. It’s a shocker.

I didn’t even hear about it until I opened up my newspaper this morning and saw a mound of flowers and candles piled up in front of Angels Stadium. I thought at first that it was marking an anniversary of the death of Nick Adenhart, a young 22-year-old pitcher with the Angels who was killed 10 years ago when the car he was riding in was struck by a drunk driver mere hours after notching his first win in the majors. But this wasn’t 10 years ago; this was yesterday.

Last evening I had turned on the radio in my car to check on the score of the Angels’ game in Texas against the Rangers that I suspected was in the late innings by then, and found a sports talk show going on instead. I immediately assumed the game had been rained out. Tyler Skaggs? Dead? He just pitched a couple days ago. He was actually one of their better starting pitchers so far this year. (One of his teammates remarked on how hard it was to suddenly use the term “was” when referring to Skaggs.) After being out a whole year with elbow surgery, this was shaping up to be his breakout year.

So they wisely canceled Monday night’s game — who could play baseball at a time like this? — and tonight’s game is in question as well. It probably depends on the players. There’s a time when you can’t play, and a time when you need to play — a time when playing baseball makes no sense, followed by a time when playing baseball is the only thing in the whole world that does make sense, so you’d better get out there and get started. It’s a little like faith. This is when your faith either goes out the window, or it makes you strong. This is when you make up your mind that the idea of a God in heaven doesn’t make any sense at all, or you cling to Him as the only thing that really does.

I still have a start when I see the headline: “Angels’ Skaggs dies at 27.” No, these things don’t happen. But this one just did. 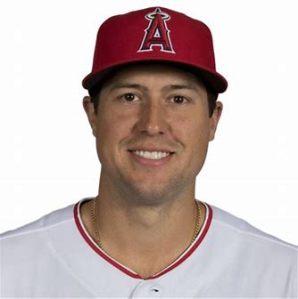 This entry was posted in Baseball, sports, walk by faith and tagged Baseball, faith. Bookmark the permalink.