The Fairy Godmother in us all 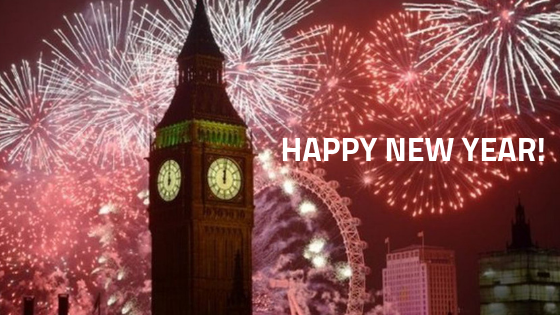 In case you missed it, over the weekend and the New Year’s holiday, we ran our annual end-of-the-year campaign. It covered the brief span of 4 emails in two days, and since it went by so fast, we decided to revisit it over the remainder of this week, not because we are still fundraising (although we will certainly be happy to receive your gifts into this week should you be so inclined), but because we loved the little story we created around the traditional Cinderella theme, and, though the story was just for fun so as to entertain you along the way, there are always elements of truth to point out, and even learn from, especially in fairy tales, otherwise, we would not relate to them like we do. Certainly Cinderella is arguably the most relatable of all. It encompasses the dream of every girl to be a princess, and every boy to be a prince. But I’m getting a little ahead of myself, so here are the first two scenes from the story, and at the end, I will make a few comments about the absent-minded fairy godmother and her wand.
I also want to give a big Thank You to everybody, listed below, who took part in our campaign. As soon as we get the newly remastered digital copies of Inside and Naphtali, up on our website, we will be forwarding you instructions on how to download your free copy as our Thank You to you. By the way, we will be extending that free download offer through to the end of the week.
So now to our story …
Cindyrella: A Modern Twist On An Old Classic

Narrator: Once upon a time there was a beautiful young girl named Cindyrella. She had two, let’s just say, not so very nice stepsisters who were very, very mean to her.

Stepsister 1: Did you charge my iPhone?
Cindyrella: Yes, I did.
Stepsister 2: Did you clean my iPad screen
Cindyrella: Yes, I did.
Stepsister 1: Did you go online and renew my Netflix subscription?
Cindyrella: Yes, I did.
Stepsister 2: Did you clean my room while I binge-watched Christmas movies on the Hallmark Channel?
Cindyrella: Yes, I did.
Stepsister 1&2: Did you make your end-of-the-year contribution to The Catch Ministry?
Cindyrella: Yes, I did.
Narrator: The step-sisters made Cindyrella do everything for them.
Cindyrella: (calling out) Stepsisters! While I was charging your iPhones, you both received a Text from the Prince’s royal New Year’s Eve Party.
Stepsister 1: (fighting) WHAT?!!! Give me the phone!! I want to read it!
Stepsister 2: (fighting) No! I want to read it first!
Cindyrella: (mockingly) Ummm, the text was sent to both of your phones. Duh!
Stepsister 1&2: OMG! We are invited to the Prince’s NYE ball that’s being held at the Waldorf Astoria Grand Ballroom!
Stepsister 1: And did you see who was performing at the ball?
Stepsister 1&2: No way!!
Cinderella: (crying sadly) I wish I could go, too.
*****
Narrator: It was New Year’s Eve and the night of the party was here.
Stepsister 1: (laughing) Ha, ha! We are so going to have a great time at the party.
Stepsister 2: (laughing) Have a great night working, Cindyrella.
Narrator: After the not-so-very-nice step sisters had left, suddenly, some lady who look a lot like Marti Fischer appeared in the form of the fairy godmother. Note: It says “godmother” not “grandmother.” Though most renditions have her looking like an old frumpy grandmother, that is certainly not the case with Marti Fischer. Marti may be a grandmother but she sure doesn’t look like one as our Catch audience will vouch for. And why does Cindyrella get a fairy godmother anyway?  Probably because she’s such a saccharine sweet, even-tempered, obedient, pious little angel of a passive, personality-deficient worker drone doormat, and only Good Girls™ like her are worthy of divine intervention.
Cindyrella: Where did you come from?
Fairy godmother: It’s not important to know who I am or where I came from. As soon as I find my wand, I am here to help you turn a sad situation in which it looks like you have lost all hope into something wonderful.
Narrator: But the magic can’t start until the fairy godmother finds her lost wand. At which point we question whether someone who misplaces a wand should be allowed to wield one freely.  But find it she did, waving her magic wand, and as she did… 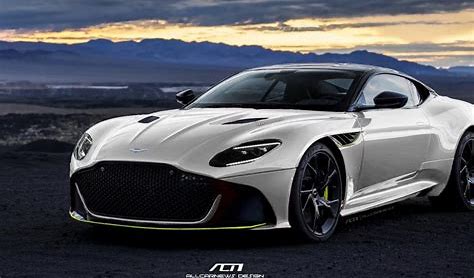 Cindyrella: Wait a minute, is that an Aston Martin DBS Superleggera, with a5.2-liter twin-turbocharged V12 engine generating a mighty 715 horsepower and a terrifying top speed of 211 mph?
Fairy godmother: Yes it is! And what else would you expect from a fairy godmother like me? This will get you to the party quickly, my dear, and, even more importantly, home before midnight!
Narrator: And then there’s the part where the mice turn into security guards and the dog into her chauffeur, who looks a lot like the very John Fischer we know! Right before our very eyes.
Fairy godmother:Well, hop in my, dear. We can’t waste time.
Cindyrella: But, uh…
Fairy godmother: Oh … Don’t even try to thank me.
Cindyrella: Oh, I wasn’t… I mean, I am thankful, but … but don’t you think my dress…
Fairy godmother: Yes, it’s lovely, dear, lov…[realizing] Good Heavens, child! You can’t go in that! 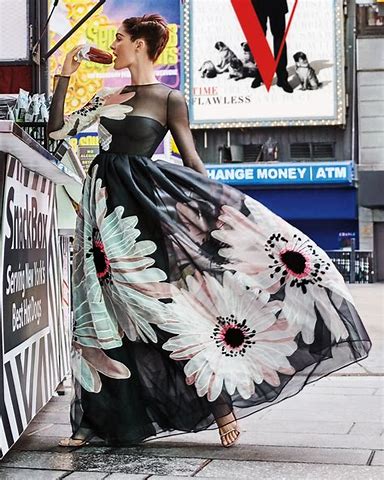 Narrator: With a wave of her wand, Cindyrella’s rags immediately turn into a Valentino appliquéd silk-organza gown originally $32,900 but marked down to $11,515 – a 65% savings!
Cindyrella: Are you kidding me?!!!.
Narrator: And on her feet were a pair of high heels with red soles – unmistakably Christian Louboutin selling at Barneys New York for $3,095, but don’t even try, Cinderella’s fairy godmother bought the last pair.

Cindyrella: No, seriously, you’re joking, right?
Narrator: Pointing out her entirely fabulous footwear, she uttered possibly the most charming thing a princess could say.
Cindyrella: “Why, it’s like a dream. A wonderful dream come true.”
Narrator: And we cheer as the fairy godmother sends her off to meet her handsome prince. And the fairy godmother waves goodbye with her wand, which is twice as cool as just with a hand.
Even the skeptics among us can’t watch this scene without resigning to the fact that there’s just something utterly smile-inducing about seeing a little bit of fairy dust make a girl’s dream come true.
Before she departs, the Fairy Godmother gives Cindyrella a word of caution: at the stroke of twelve, the spell will be broken, and everything will return to normal.
Cindyrella: Wait!! By midnight – Or what??!!
Narrator: Grateful for the gifts anyway, Cindyrella thanks her fairy godmother and happily rides off to the ball as fairy godmother bids her farewell.
******
Commentary
Every fairy tale has to have some kind of magic. And why is that? Because we are all limited, fallible human beings who constantly struggle with insecurity, fear, and competency. We are all constantly questioning being good enough, attractive enough, strong enough, smart enough – in short, being adequate for life or even the task at hand. Though we might feel proficient in some areas, we lack in others. For that reason, the magic in a fairy tale is reminiscent of the Spirit of God and how God wishes to empower us to do His will and become the people He wants us to be (and I might add, to be the people we want to be as well). It’s going to take some “magic” – some stretching beyond what we are capable of in and of ourselves.
And in a similar way, the fairy godmother represents you and me as those who possess spiritual gifts meant to bless and enable others to experience their fulfillment in relationship with God and in service. But our fairy godmother is absent-minded, and not very observant. (She almost sent Cindyrella off to the ball in rags.) This is, of course, because we are human, and yet, we can still “wield the wand,” even though we might misplace it now and then.  We can bring the “magic” into someone’s life. And when that happens, it’s just as good as being a fairy godmother – watching the Holy Spirit touch someone’s life and allowing them to accomplish what they could never do on their own.
So the fairy godmother is really you! Pick up that wand, dust off that spiritual gift, and offer it to someone today. It’s been given with the purpose of giving it on. We receive so we can give. We do not receive for ourselves alone; we receive to give. It’s always that way in God’s economy. It’s grace turned outward.
Happy New Year everybody!

We wish to give a standing ovation to those who participated in this end-of-the-year campaign.  We invite you to help us start out the New Year by giving to the Catch Ministry’s worldwide reach to the many who are responding to the Grace given to you and me that we, one at a time, turn out to others. 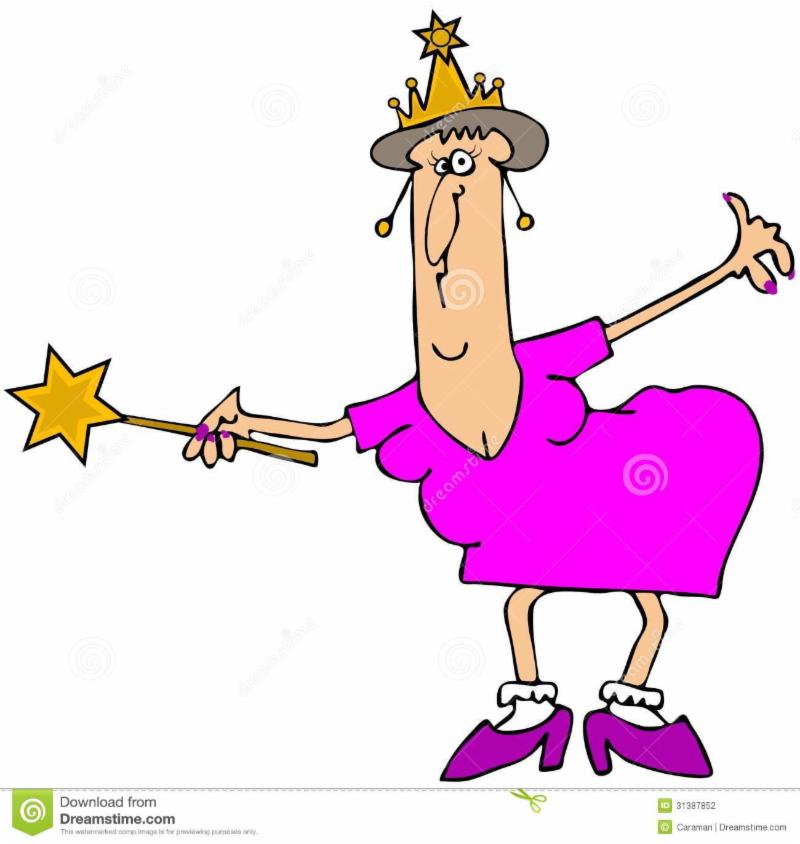 Donna, Betsy and Marie of Newport Beach, California in honor of the
“Beloved Arnold Forde and the Catch’s sweet work with his soul.”
Patrick of Richard, Kentucky
Jim & Marion of  Medford, Oregon
Tom of Wetumpka, Alabama
Mayre & Tim of Rohnert Park, California
Diane of Litchfield, Connecticut,  given in
recognition of those who are expanding the Catch’s message
throughout the world 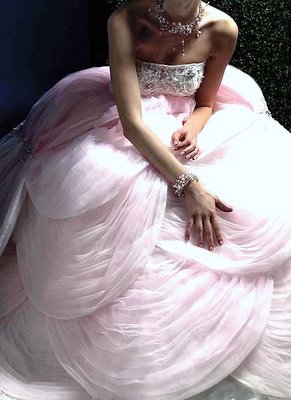 This entry was posted in grace turned outward and tagged New Years. Bookmark the permalink.

1 Response to The Fairy Godmother in us all