The rest of the gospel

For most of the twentieth century, Christians have been preaching half a gospel. Not that anything we’ve been saying is wrong, it’s more about what we’ve been leaving out. To be sure, we’ve started with the fall — with human depravity and the need for a savior, followed by the provision of that very thing in God’s Son, Jesus Christ. So the whole thrust has been to convict people of sin and then tell them about Jesus who alone can save and promise eternal life. John 3:16 has been the touchstone of this message for this generation, and Billy Graham has been the key proponent. That’s why we’re evangelicals; we’re all evangelists concerned about getting people into heaven. This may sound like the whole story, but it’s not. It’s the guts of the story, but it’s missing the bookends.

For at least a hundred years, the gospel message has begun with conviction of sin. When 20th century evangelists came into town, they were preceded by a widespread conviction of sin by the Holy Spirit. People were already on their knees; the evangelist’s job was half done.

Today, however, our message is a little different — a little broader. Yes, something’s wrong, but something’s right, too. People need to be saved — true — but people are worth saving as well. There was something before the fall; it’s called creation. And there’s something after salvation; it’s called restoration. These are the bookends around the gospel that the Millennials are right about, and it’s essential we know this if we are to represent the kingdom of God in the marketplace today. Having a whole gospel as opposed to half a gospel means we will have a different starting and ending point than 20th century evangelists. It also means we will be caring for the whole person and not just a person’s soul.

This means we will connect with our culture at certain levels apart from the gospel — caring about issues of hunger, poverty and disease, for instance. We will also care about the planet because it is an essential part of God’s creation as well. Things like ecology, preserving natural resources, and climate change will be important to us. We’re not just waiting to leave this planet; we want to do what can to leave it better than we found it. In fact, as we care about these things, we will rub shoulders with others who care too, who may not know about sin and salvation, giving us an opportunity for the rest of the gospel. We need to be in conversation with the world. We need to respect the value of each person, whether or not they are Christians or ever will be.

(Don’t forget, our prayer Warriors are waiting to hear your requests.) 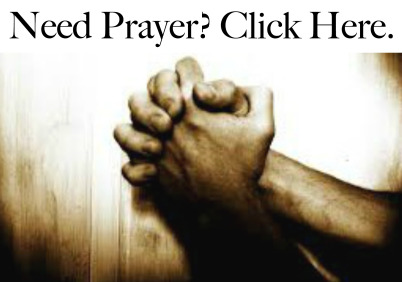 YES WE MADE IT!
Thank you so much. You guys are awesome!
As a Thank You, we will continue our offer for a free pre-release download of John’s newly remastered “Inside” album  for any one-time donations that come in today.

This entry was posted in Millennials, Worldview and tagged social justice, the gospel. Bookmark the permalink.

6 Responses to The rest of the gospel