No Little Town; No Quiet Night 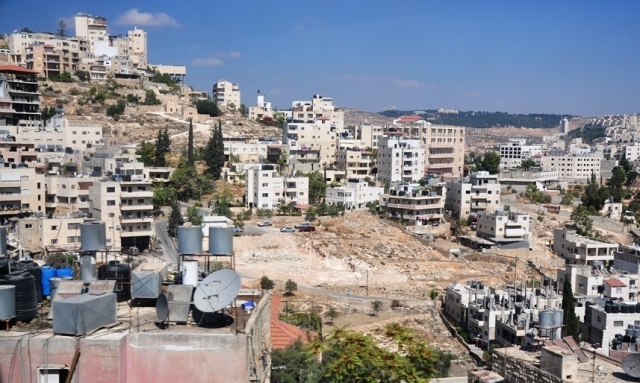 How still we see thee lie;

Above thy deep and dreamless sleep

The silent stars go by.

The little town of Bethlehem is not so little today, and not so still. It’s a place where nights can be full of exploding shells instead of silent stars going by.

“If Jesus were to be born this year, he would not be born in Bethlehem. Mary and Joseph would not be allowed to enter from the Israeli checkpoint, and so too the Magi. The shepherds would be stuck inside the walls, unable to leave their little town. Jesus might have been born at the checkpoint like so many Palestinian children while having the Magi and shepherds on both sides of the wall.”

This quote by Dr. Mitri Raheb, pastor of the Evangelical Lutheran Christmas Church in Bethlehem, points to an apparent historic contrast of Bethlehem then and now. No longer a sleepy little town, it is occupied territory whose inhabitants would give anything for a deep and dreamless night of sleep — anything to shut out the nightmares that accompany their days as well as their nights.

But closer examination of the truth reveals two Bethlehems that are actually not that different. We forget, for instance, that Bethlehem was occupied territory when Jesus was born — occupied by a Roman Empire and a jealous king who swept through town two years after Christ’s birth killing every male child under two years of age while Jesus, Mary and Joseph hid as refugees in Egypt. “Then what was said through the prophet Jeremiah was fulfilled: ‘A voice is heard in Ramah, weeping and great mourning, Rachel weeping for her children and refusing to be comforted, because they are no more” (Matthew 2:17-18)

Actually, nothing much has changed — proof that the world Jesus came to was a mess, as it is today. It’s not like things were so much better then. And that’s actually a good thing. If it were better then, it could be argued that Christ’s coming doesn’t quite meet us where we really live. But it does. God’s son was born into a dark and turbulent world not much different from ours. Jesus was a refugee. And if He brought peace to that world, He can bring it now, for the peace He brought is not one that settles all conflicts, personal and political, but one that floods the heart and soul of anyone, in whatever condition they live.

If Christ can be born into a turbulent town, He can enter a turbulent life like yours and mine and bring us peace, hope, love and joy in the middle of whatever is swirling around us right now. This is the true peace of Christmas — that which makes us right with God.

The wondrous gift is given!

So God imparts to human hearts

The blessings of His heaven.

No ear may hear His coming,

But in this world of sin,

Where meek souls will receive him still,

The dear Christ enters in.

2 Responses to No Little Town; No Quiet Night