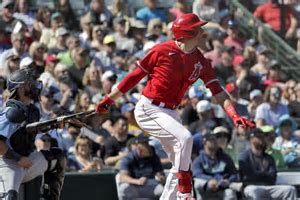 To touch or not to touch, that is the question.

Jesus was constantly around poverty and disease. He rubbed shoulders with the crowd. He touched lepers to heal them. He spit on the ground, made mud with his spit, rubbed it in a blind man’s eyes and told him to go wash his face, and when he did, he could see. One woman touched the hem of His garment and was immediately healed from a chronic hemorrhage. When Jesus asked who had touched Him, the disciples were indignant at the question in that He was being pressed by the crowd on all sides.

We’re in the middle of a pandemic. What do we do? The word from the experts is quarantine yourself. Stay inside. Avoid crowds. Wash your hands often. Stay six feet away from any other human beings. Now, my isolated self would love this. Now I have an excuse. Fill my spare room with toilet paper, lock my doors and, “See you in June!”

Admittedly there’s a balance here somewhere, I just don’t know where it is.

I’m scheduled to be in Phoenix on Friday for my annual spring training weekend treat. It’s a regular Christmas gift from my wife. I have tickets to three games and a room in a hotel for three nights all arranged. It’s not just the games — it’s the breakfast at Steaks ’n’ Cakes in Blythe, and three breakfasts at one of nine First Watch locations in Phoenix — (best breakfast in the world, and breakfast is obviously my favorite meal). There’s writing time, quiet time, a road trip, meeting other diehard fans, being up close and personal to the games, plus a potential meeting with a major supporter in Tucson. But should I go? Shall I expose myself in the crowded stands and bring home a risk to my family? Really, this isn’t some great humanitarian cause I’m risking; this is just something I love. And who’s to say I might not get there and find the games closed to fans by then?

Like I said, there’s a balance here; there may even be a line to draw but I just don’t know where it is.

I kind of like what Bob from Seattle wrote in response to yesterday’s Catch, “This is an opportune time to be the calm, reassuring voice of Christ – the voice of reason – but how does one ‘reason together’ with another who is filled with media-generated angst and blinded by opportunistic terror … and would have no qualms stealing your toilet paper? As for me, unless rejected by the other person, I intend to continue to shake my well-washed hands with theirs rather than practice ‘social-distancing.’ Heck, I may even hug someone today…”

I like that sentiment; I really do. But then again, who’s being more selfish, the guy who would steal my toilet paper, or me, potentially bringing home a virus to my family and neighborhood because I wanted to go to the games? Virus be damned; it’s Phoenix or bust.

Now that I look at it, it may be that the Phoenix-or-bust guy is more selfish in that he is putting those around him at risk. The guy at home may be selfish too, but he also may want to be sure he doesn’t catch it and pass it on to others. I do wish he would think about sharing some of his toilet paper supply with me, however, because there’s none left in the store.

So I started this off thinking I had the answer, but I’m not so sure now. It’s more complicated than I thought. I’d love to hear your thoughts. Reply below to join the public discussion, or reply directly to this email if you’d like to send me a private response. 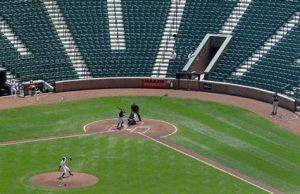 This entry was posted in Baseball, Worldview and tagged Baseball, grace turned outward. Bookmark the permalink.