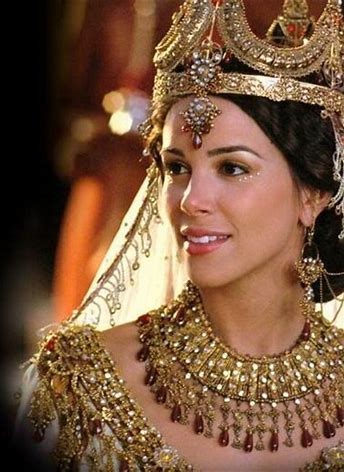 Now there was a certain Jew living in exile in the city of Susa in Persia, seat of the king’s now queen-less palace, named Mordecai. And Mordecai had a cousin named Esther whom he had taken in and cared for as his daughter because her parents had both died and she had no other family. Esther was an extraordinarily beautiful young virgin, and when Hegai, the king’s eunuch in charge of the women of the palace, went on a search throughout the city for virgins to present to the king as a possible new queen to replace Queen Vashti, he found out about Esther and brought her to the palace to join the harem of other virgins going through a year-long regimen of beauty treatments, “six months with oil of myrrh and six with perfumes and cosmetics” (Esther 2:12) to prepare them to eventually be presented to the king. In essence it was a year-long Miss Persia beauty pageant.

It was to Esther’s advantage that Hagai took a particular liking to her. “He assigned to her seven female attendants selected from the king’s palace and moved her and her attendants into the best place in the harem” (2:9). As it turned out, Hagai was right; the king chose Esther over all the rest. Overjoyed, he crowned her queen and threw another banquet. (This guy really liked to party. The last one lasted six months!)

Meanwhile, Mordecai followed along with Esther’s progress as he hung around outside the palace gates picking up any information he could from inside. On one of those occasions, he got wind of a plot by two of the king’s officers to assassinate the king, so he told Queen Esther and she passed it on to the king. When an investigation showed that the information was true, the two officers were executed and the plot was thwarted. “All this was recorded in the book of the annals in the presence of the king” (2:23). As the story unfolds, this incident will end up saving the lives of thousands of Jews in that city.

Now on one hand you could say that nothing required Mordecai to step in with this information. They were exiles in a foreign land that worshiped strange gods — in a sense, in enemy territory — why should he care what happened to their pagan king? It was none of his business. But Jeremiah the prophet once prophesied about the Jews in exile, “seek the peace and prosperity of the city to which I have carried you into exile. Pray to the Lord for it, because if it prospers, you too will prosper” (Jeremiah 29:7). Mordecai was merely following the will of the Lord.

Now think about cousin Mordecai for a minute. He adopts his cousin Esther as his daughter, then sends her into the king’s palace with a chance to become the queen of one of the greatest empires ever built. Not bad. Then he hangs around the king’s palace to try to keep up with the news about Esther and see if there is anything else he can do to help his people, the Jews, or to help aid the country that currently has them in captivity. Like us, he has dual citizenship — his place with the people of God, and his place in this country of exile. Like us, he thinks about how he can serve them both.

What can you do to help bring about the peace and prosperity of the city and the country in which you live? You may even be able to take up positions of influence in your city or country. Do it. Join the Chamber of Commerce, get on the school board, dance in that dance troupe, serve at that rescue mission, get in the king’s court whatever that “court” looks like today, in today’s economy. You never know how God can use you for such a time as this to further His kingdom by furthering the one you’re in. Just remember, you’re not doing this for yourself. You’re doing it for others. Pray for “the peace and prosperity of the city to which I have carried you into exile.” Pray instead of condemn. Pray and get involved.