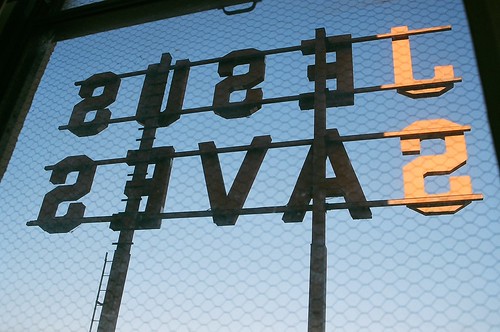 There was a lot of talk about the rapture during the Jesus Movement. Hal Lindsey’s New York Times best-selling book would have covered it and a 1972 evangelistic film “A Thief in the Night” made it popular, followed by the 1995 book and movie “Left Behind” series. Most of you probably know what the rapture is. It is a gathering up of believers in the last days predicted by Paul in Thessalonians and Jesus in Matthew 24:40, “Two men will be in the field; one will be taken and the other left.” Larry Norman obviously took this for part of his lyric in his song, “I Wish We’d All Been Ready,” Two men walking up a hill / One disappears and one’s left standing still.

This is one piece of the Jesus Movement that I think is best “left behind” (pun intended,” not because it isn’t biblical, but for the way it has been commonly used  by fundamental evangelicals. First, it isn’t clear when this happens in the sequence of end-times events predicted in the scriptures. In fact, even the most qualified biblical scholars disagree on the way the end times predictions of the Bible play out. Where the rapture comes in the sequence of events has a lot to say about who actually gets raptured. But my biggest concern is how this has been used mostly in popular preaching and in the many media presentations that have come out as something to scare people into heaven. To be sure, it works, as has been supported by numerous testimonials, but it also carries with it a scary, negative view of God, and an exclusive view of Christians as being the better people who get saved from the horrible sinners who get left behind. It is not what you would call a grace-filled message.

A careful reading of the gospels show that God is compassionate towards sinners while being angry at the Pharisees. Though you can’t rank sin, you get the impression throughout the gospels that Jesus regards hypocrisy as the worst of sins, probably because the hypocrite is not aware of his hypocrisy. They are blind. The sinner knows he’s a sinner. The hypocrite doesn’t see it, and not only that, he thinks he is better than the sinner. That puts him beyond help. The unfortunate Pharisee puts himself beyond help from God because he thinks he doesn’t need it. Worse yet, that means he can’t know God — he has disqualified himself from a relationship with God.

At the end of Matthew 24 (the chapter quoted above), Jesus condemns the person He has been talking about by “assign[ing] him a place with the hypocrites, where there will be weeping and gnashing of teeth.”

Jesus’ harshest words are reserved for the Pharisees, not the sinners. He has compassion on sinners and He calls them His friends. That’s why our message of the gospel of welcome is the right one for today. This is still the day of salvation. This is still the favorable time to come into a relationship with the Lord. And once you know His grace, you will want to give it out to everyone, everywhere.

To be sure, there is an urgency, and that is that the time is short. Not that the good people are going to be snatched away and the bad people, left behind, but that the time of God’s favor and grace will eventually come to a close. There’s still time to get sinners into the banquet hall — even Pharisees, if they are willing to recognize their need for a savior. This is still the day of salvation. Jesus still saves. That is what we need to focus on, not on getting out of here sooner.

CLICK HERE TO TUNE IN TO OUR MOST RECENT

This entry was posted in Uncategorized and tagged Jesus Movement. Bookmark the permalink.