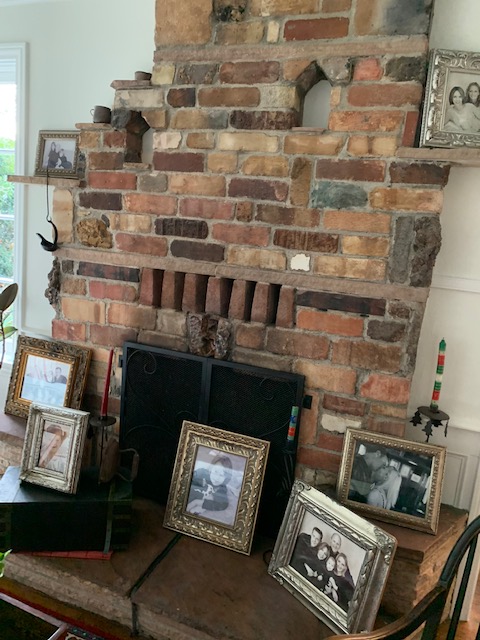 Everybody hates it, and everybody loves it. We hate getting ready for it; we love the result. We all mostly do this for Marti. It was her idea and she’s the one who makes it happen. I’m talking about the family portrait. It’s family portrait day, and amidst some private eye-rolling, we’ll do this again. This gets harder and harder to do as our family gets bigger and more spread out as Anne has moved to Hawaii. But Anne is visiting this week and Christopher is off work recovering from an operation, so Marti jumped at the chance to set this up.

Our house has become a gallery for these pictures that capture the changes every few years. The biggest changes are Chandler, who has grown up during the almost 20 years we have been doing this, and the addition of Christopher’s wife, Elizabeth, and their two children, Jocelyn and Jackson. Jackson is the newest addition and one of the main reasons for our session today.

Not everyone likes to have their picture taken. There are some native tribes that missionaries have encountered, including some in this country, who believe the camera takes something away from them. That’s getting more rare now with the photo capacity of most cell phones, but the mystique is still out there. I wouldn’t be surprised if Chandler doesn’t feel some of that with his highly spiritual view of life. He’s the one who takes the most coaxing.

I must admit — even though I balked at this some in the beginning — I see the value now, as we are surrounded by our legacy. These are the people we love. This is why we do what we do. This is how we have grown. And more importantly, this is what matters to God.

We can never over-estimate the worth and value of a human being — any and every human being — in God’s eyes. We are eternal beings. We are destined for greatness in God’s universe. This is the true potential of every human being, which underscores not only the tragedy of starving children and adults in the world, and the hungry and homeless in our own towns and cities, but the disgrace. Such pictures of poverty and hunger are an affront to the dignity that is the inalienable possession of everyone. We need to work to maintain that dignity wherever possible.

Imagine us all as pictures on God’s mantle. We are His family and we are each prized by Him.

This entry was posted in image of God and tagged family, image of God. Bookmark the permalink.