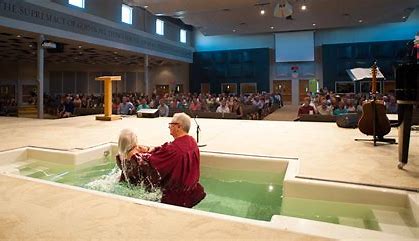 “Imagine John the Baptist baptizing Jesus in fishing waders! We can’t let him get away with baptizing people without getting wet himself.” – Ben Beamering p. 219

The last trick Ben and Jonathan played on his dad was indeed their best. He had devised it from the hospital and solicited Jonathan from his hospital bed to execute the deed. It was brilliantly simple. All they had to do was poke two holes in the chest high fishing waders Pastor Beamering put on when he baptized people in the church baptismal. All Ben wanted to do was to get his dad all wet because he thought it was hypocritical for him to stay dry when the people he baptized had to get all wet. It would turn out even better than he hoped, however, because when the waders took on water they would become so heavy that the pastor would be stuck in the baptismal for the rest of the service.

It was like Ben to want to get the pastor all wet. Ben’s mother had taught him to be either hot or cold, but never lukewarm. Ben was not fully “in” yet as a believer, but you knew that if and when he decided, he would be in all the way.

Ben was like Peter, who, when Jesus came to wash his feet and Peter refused, and Jesus told him that unless He washed his feet, Peter couldn’t be with Him, Peter had replied, “Well then, wash all of me!”

How can you baptize someone without getting all wet yourself? It’s not a complete statement otherwise. Ben saw his father’s waders as cheating — asking people to do something you are unwilling to do yourself. What kind of example was that?

Ben is an illustration of how we all should be — hot or cold, in or out, wet or dry. That’s what baptism is all about. It’s identification with Christ, His burial and His resurrection to newness of life. You’re going to submerge someone under water in complete identification with Christ while you yourself are in fishing waders? What kind of statement is that? That’s Ben’s thinking here and it should be ours. This is what it means to Go Live. It’s to go all in. No short cuts; no compromises. And you certainly can’t expect from others what you are not willing to do yourself.

Ben’s plan went beyond playing a joke on his dad; he never again used fishing waders when he baptized people. Like them, he got all wet.

This entry was posted in Saint Ben and tagged Saint Ben. Bookmark the permalink.